In honor of National Donut Day… I decided to make donuts. Mind you I have never ever made donuts and so I thought today would be the perfect day to start. I needed a partner so, I reached out to Talia and she said, “I’m game!” 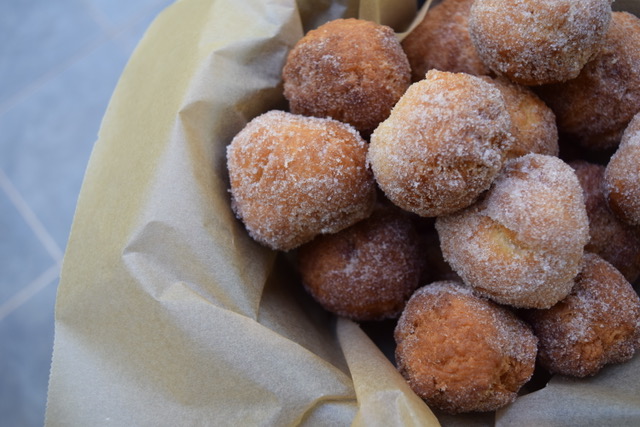 Talia and I have been partners in the hunt for the perfect donut for a long time. We have tried donuts from all of our local haunts…Dunkin Donuts, Crispy Cream, Duck Donuts and then we had the best of the best when we traveled to Asheville, NC, last summer. The shop was called HOLE Doughnuts. These donuts are made-to-order and each is shaped and fried so that the exterior of the donut is crispy and the interior is billowy. There are four different types of donuts on the menu of which three are their regular fare and one is a seasonal favorite that changes weekly. Neither of us will ever forget the taste of those donuts. Beyond delicious!

Anyway, back to my story of making donuts from scratch. Let this experiment begin! And it truly was an experiment.

Mixing the flour with the sugar and the baking powder, then adding in the cold butter and milk, and gently kneading the dough wasn’t the problem. The issue came when I made the individual donut holes. I was following the recipe, Donut Holes (Fried, No Yeast) posted in 2016 on the blog Sugar Spun Run. I followed the directions provided but found when I rolled the dough into to the 1½ tablespoon-sized donut holes and fried them… they were ginormous. The initial frying of the first four donuts led to a major modification in size. I pinched off half of the dough from each of the waiting donut holes and then fried the next four… this time around the size of the fried donut holes was more human-like. So here’s to experimenting in the world of making donuts! 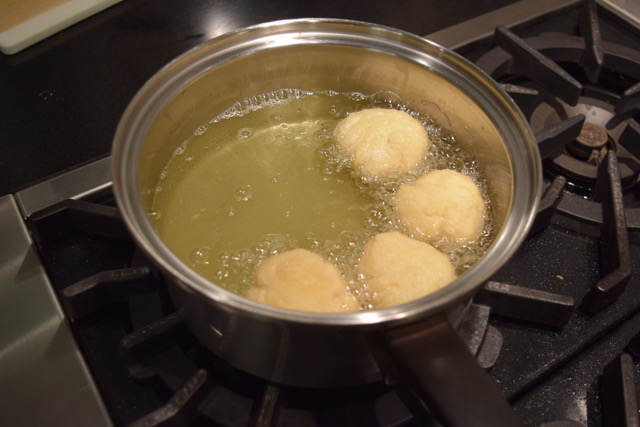 This is what you will need…

In the end, I would say the donuts were good… good enough to make again. Next time I would definitely make them smaller and consider using a different oil to avoid any aftertaste. This experimentation into the donut making world was one for the books… here’s to donuts and my future endeavors in attempting this tasty treat!